It’s been a little while since 1.18 was released. There’s good reason for that!
Lib’s Disguises (important plugin) needed updating and our very own overownerlorddev Martoph put his own efforts into an update for it.

Also. There was a major security issue that affected Minecraft. Athios should be fine, but if you’re interested in knowing more, here’s a link to information from the Minecraft website.

Starting with the SnD menu, we’ve updated it so you can easily browse your options. Access this by right clicking the compass in your hotbar!

So we added a Bomb bar that ticks off the seconds till the bomb detonates.

You have one less excuse for not paying attention.

There are other various additions as well. A few examples rest inside the spoiler.

Killstreak! Keep it up!

You won! Good job!
All prompts have been set into different categories so as to not disrupt gameplay. The Title section (

) is only used before and after the game, while Subtitles (+5 Credits +3 Points) is used for certain events, such as Poison.

It can be hard understanding what happened sometimes. After all, this is Search and Destroy, the game with 20+ kits. (Play now at play.athiosmc.com! Version 1.18.1) It can be tough to learn or memorize them all!

With this update, you will be alerted for certain interactions in your Action bar (located right above your hotbar) rather than in chat, making it harder to miss. 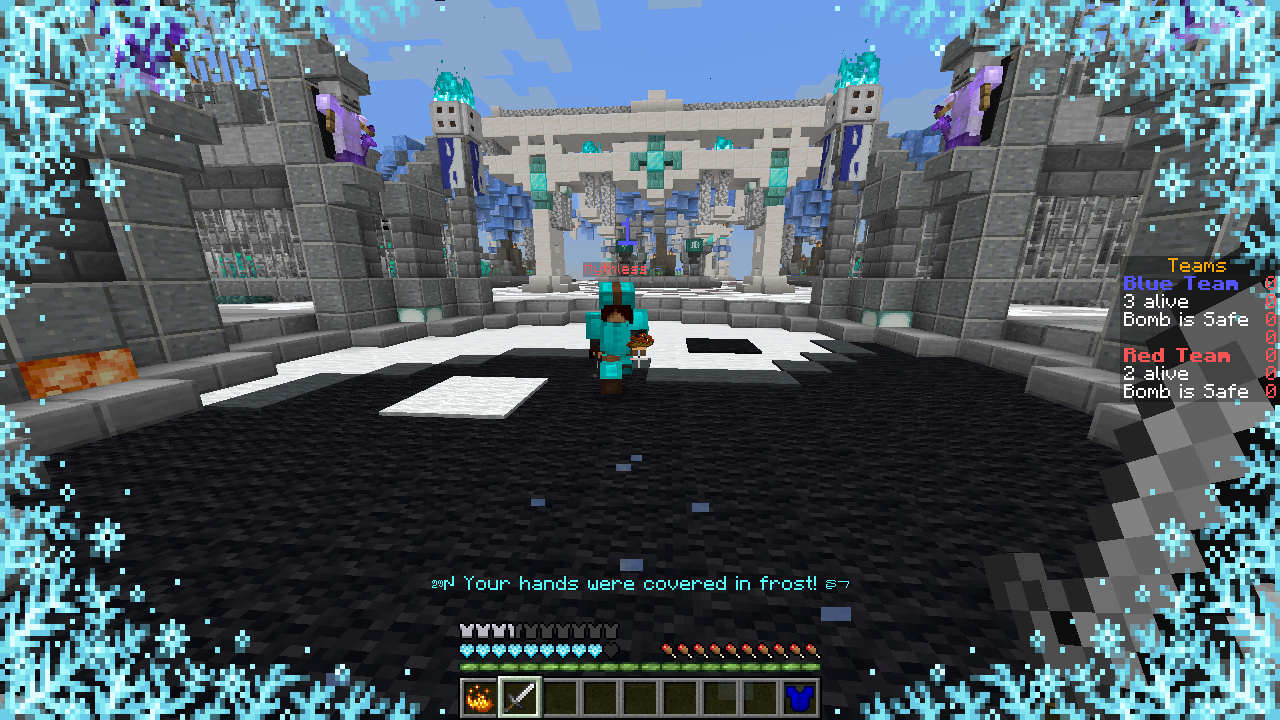 Overclocked Ultra 𝔉𝔢𝔫𝔦𝔵 Wireless RGB Ergonomic Gaming Kits X
We added or updated effects on kits where relevant. Some have sounds. These only play to relevant players.

Images in the spoiler.

Bursts visibly start smoking when overheated. As a reminder, shooting while in this state will kill you. (that’s bad)

Explosives will sparkle a little if their RPG is charged. Cute

If you’re cold, they’re cold. Bring them inside

New advancements in spectral sighting sciences have led to Ghosts and Wraiths being more obviously dead on death2.

It’s very hard to share the new audio sound effect through a gif and text, but I’ll do my best anyway.

Our Medics now display that they have plenty of healing energy through sparkly particles. If you don’t see particles, they’re running low! You’ll have to take damage later, sorry for the inconvenience.

Leaderboards have been added. Technology exists for more stats in the future. 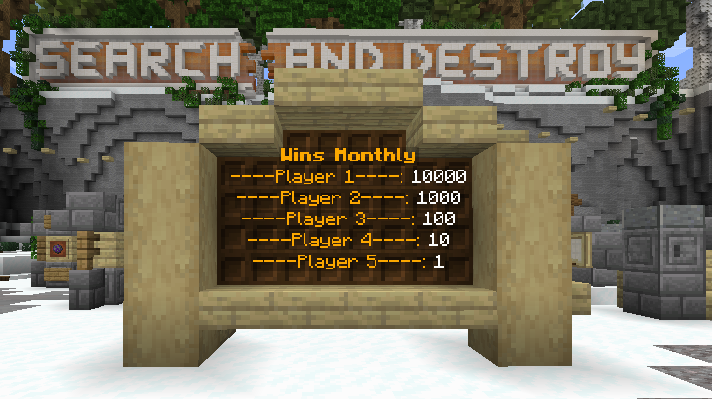 Yeah SnD we bout to get down (get down) 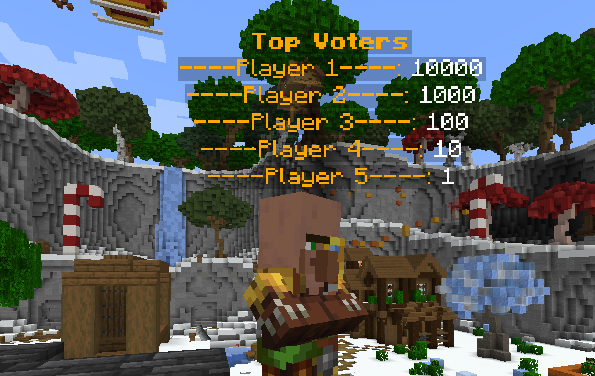 10 votes on the board right now

New maps have entered the arena to fight for their lives. Will you cheer them on, or will you hope for their deaths in battle?

Local Athios Artist @shadowstarcat / annisdying has made an incredible image for this update.
Please direct the direction of your eyes to the image below. 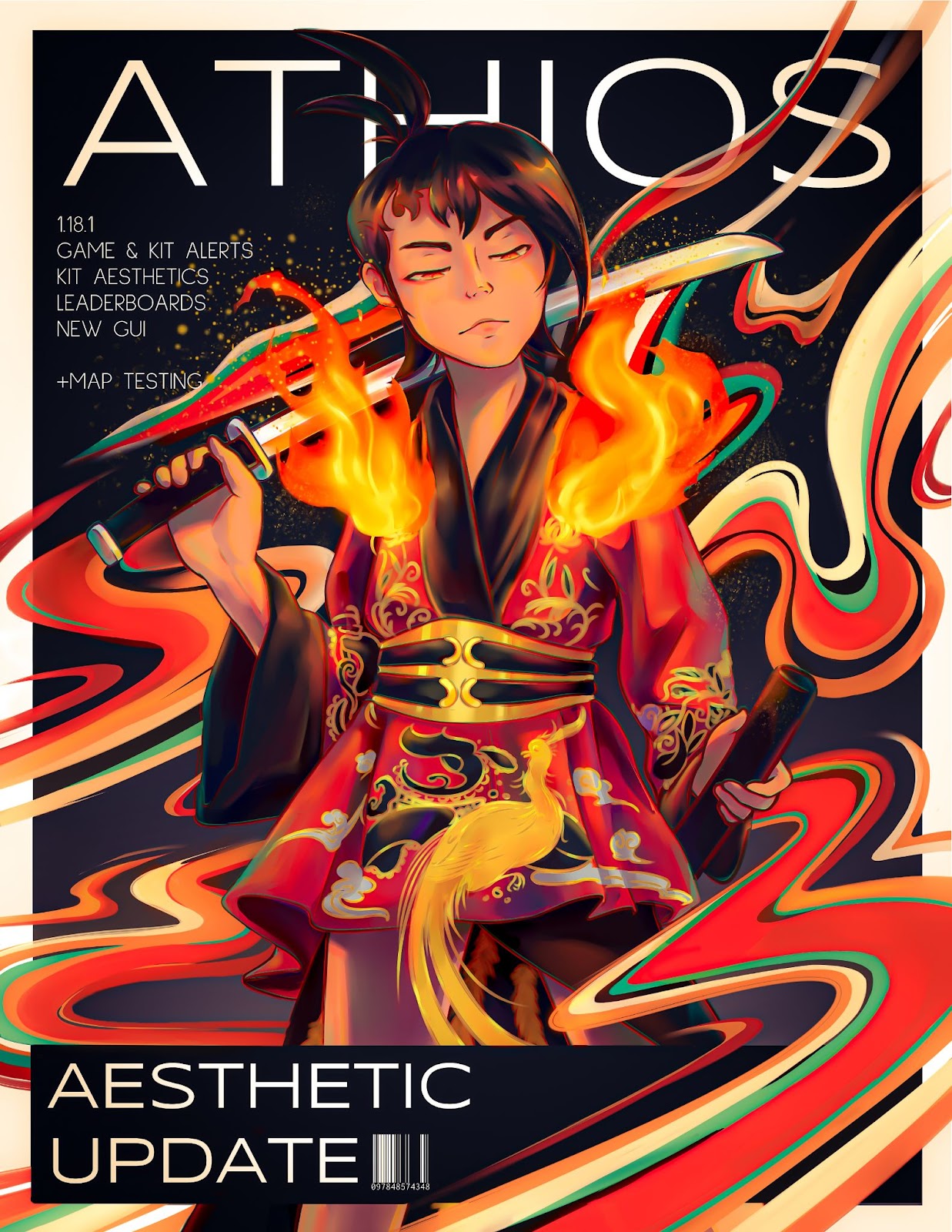 So how’s it looking on that project we mentioned?

Pretty good progress I’d say. There are a lot of details that we need to go through, as well as things that need deciding.

We’re still in the very early stages. Something to get out of the way early though, is layouts.

How do we procedurally generate each floor? How do we want players to ascend the tower? What does a typical floor look like, and what can you expect to find on a floor? How can we do this in a way compatible with what we can do as builders and what Martoph can do with his magic text? How do you connect different rooms? Lots of questions.

As it turns out, making the jump from 2D to 3D complicates it. But we believe we have some solutions and are working on answering those. We know some wrong answers, and we know some acceptable answers. We hope to find the secret answer so we can unlock the true ending. More on that later. Don’t want to make this post too long.

The weight of the world bears heavily on Fenix.
Lobbies and maps on the server are yet to update.
This will be addressed soon.